Just When I Thought I Was Out…

About 18 months ago, I found myself telling friends and family that I wanted to move on from the data center industry. After watching the development of the industry over the past 21 years, I was ready to make a change and try something that did not involve leasing data centers.

Last November, after I updated my status on LinkedIn with the announcement about my new role at Stream, I got lots of congratulatory messages and at least five people who sent me a variation of Michael Corleone’s famous line from Godfather II about being ‘dragged back in’ after thinking you were ‘out’.

What was it about Stream that made me change my mind?  The culture. Stream Realty Partners was started in 1996 with the belief that people, not bricks and mortar, are the most important part of creating one of the world’s best real estate businesses.

I have worked with companies that describe their core values within the context of their service offering or as a verb (e.g. they ‘act’, ‘promote’, or ‘own’ various virtuous things).  I am certainly biased, but I love that Stream’s values are not an act. Instead, they represent what we expect each other to be: Smart, Honest, Nice and Passionate.

Doesn’t every company say, “Our people are fantastic?” Of course they do. We’d have to live in the twilight zone to see an “About Us” section of a website that says, “We hire dishonest people who hate their jobs.”  Do I think that corporate values are more than virtue-signalling?  I do when the values represent who we are versus how we choose to act.

I sum up the Stream experience by comparing it to a really good vacation.  It is easy to get caught up in visiting crowded hotspots, but, as any seasoned traveler knows, the real fun and adventure is found in the road less traveled. When you find something that is really unique – basically a hidden gem – it is hard to leave! But it also becomes part of a story you want to share.

It’s been a little over half a year since starting as Stream’s SVP of Sales and Leasing , and I am so happy to be part of a team of people who are the embodiment of our core values—it’s so easy to have passion when you see the team’s commitment to living our values on a daily basis.

Of course, I have a lot more to say about why Stream’s offer was one I just couldn’t refuse. That’s why I’m going to pull back the curtain in part 2 of this article to share what I’ve found during my time at Stream. Next up, we’ll talk about the ways in which culture impacts how a data center provider meets the needs of its customers – and what that means for you. 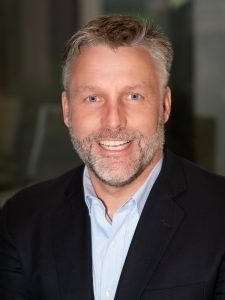