Recently, Stream Data Centers’ Executive Vice President, Anthony Bolner, and Vice President of Marketing, Mary Morgan, attended the Digital Infrastructure Montreal summit on November 12. The event brought together a diverse set of leaders from the international data center community to discuss how the industry can contribute to efforts to reduce the rate of global climate change.

As part of the event, on November 11, Stream hosted and led a tour of  GI Partners’ Montreal data center, which is currently being represented in the market by Stream. The facility, located in the Vaudreuil-Dorion suburb of the Greater Montreal Area, boasts 34,800 square feet of existing data hall space with 90,000 square feet of shell expansion space available. With a catered lunch at the data center, the day was a great success, offering guests valuable insight into the market for purpose-built, hyperscale facilities in Montreal.

For those of you who couldn’t make it to the event or the tour, it’s worth noting that Montreal is a rapidly rising star of the North American data center sector. Whether you are a Fortune 500 enterprise, cloud provider or other high-performance computing user, here are the top three reasons to choose the Montreal data center market.

As it stands currently, Montreal is a burgeoning Tier 2 market that lies adjacent to other Tier 1 sectors like Toronto, New York and New Jersey. Whereas the long-standing major data center hubs of the east coast all feature some of the most expensive commercial real estate properties in North America, Montreal has relatively lower prices. Because of this, a growing number of businesses, including data center developers, are flocking to the region. Data from commercial real estate investment firm CBRE shows that the availability rate of already-constructed commercial real estate (warehouses, office buildings, etc.) in Montreal is currently at 3.2%, a drop of over 50% from 2018. Construction, however, is up with approximately 2 million square feet of new commercial space in development. Clearly, the market is still far from saturation.

From a data center perspective, not only is the Montreal market affordable, but it is also well connected. The entire region is dense with dark fiber and ultra low latency connectivity to carrier hotels, internet exchanges and other data centers in Toronto, New York and elsewhere. As a result, those interested in colocation and connectivity solutions in eastern North America have an optimum solution in Montreal as they can achieve many of the benefits of the Tier 1 markets but without the real estate price headaches.

One of the most important beneficial aspects of the Montreal market is its abundance of green hydro-based energy provided by Hydro Quebec. Thanks to the energy company’s pricing structure, which only rises in tandem with inflation, data center providers and their customers enjoy very stable, predictable, low power rates. As Hydro Quebec’s website notes, data center operators and their customers can get power rates as low as US 3.19 cents a kilowatt hour with transmission and distribution included. This is effectively money in the bank for those organizations on the fence about establishing their colocation presence in Montreal.

Second, Montreal is also known for having cool temperatures throughout the fall, winter and spring months. This lets data center operators incorporate innovative cooling systems into their facility designs to take advantage of the outside temperatures. In combination with the use of hydro power, they can achieve even lower energy expenditures and a greener footprint as compared to markets where fossil fuel-based energy is dominant. With explicit support for the data center sector from Hydro Quebec programs, Montreal is an exceptional location for organizations with plans to scale upwards over the long run. It is quite clear why the city was recently named as the world’s best Data Center Location of the Year at the 2019 Datacloud Awards in Europe.

Speaking of Europe, the third main reason to consider moving into the Montreal market is the growing international focus on the area from some of the world’s largest cloud providers like Google, Microsoft and Amazon. In 2018, for example, Google launched its first Google Cloud Platform (GCP) region in Canada, choosing Montreal as a prime location. This improved latency for end users in the area by providing local onramps to the rest of Google’s North American GCP, which is supported by data centers in Oregon, Iowa, South Carolina and Northern Virginia.

As enterprise demand for local cloud onramps grows, cloud providers will continue to be attracted to the Montreal market as they look to bridge service gaps and improve the quality of their end users’ experiences. With a prime location that offers low latency connectivity to other Tier 1 markets and a mix of turnkey data center space, such as in the facility we operate, the region will offer Fortune 500 enterprises, cloud providers and other high density users attractive, affordable options for setting up operations.

Have we convinced you to explore opportunities in the Montreal market? Either way, feel free to contact us. We can walk you through just how you can leverage the over-216,000 square foot data center we manage alongside GI Partners in one of North America’s vibrant hubs for data centers and cloud connectivity.

To learn even more about the Montreal market, watch Data Center Hawk chat with GI Partners’ Michael Lee and Stream’s Anthony Bolner about the impact of the city on the greater data center industry: 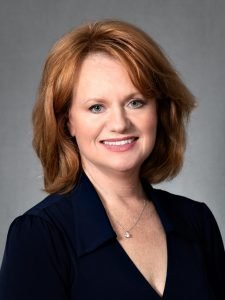 Vice President, Marketing and Communications
As a collaborative marketing leader with a passion for technology and how things work, Mary delivers omni-channel strategies and programs that drive awareness and enhance marketing outcomes for Stream Data Centers. Read More