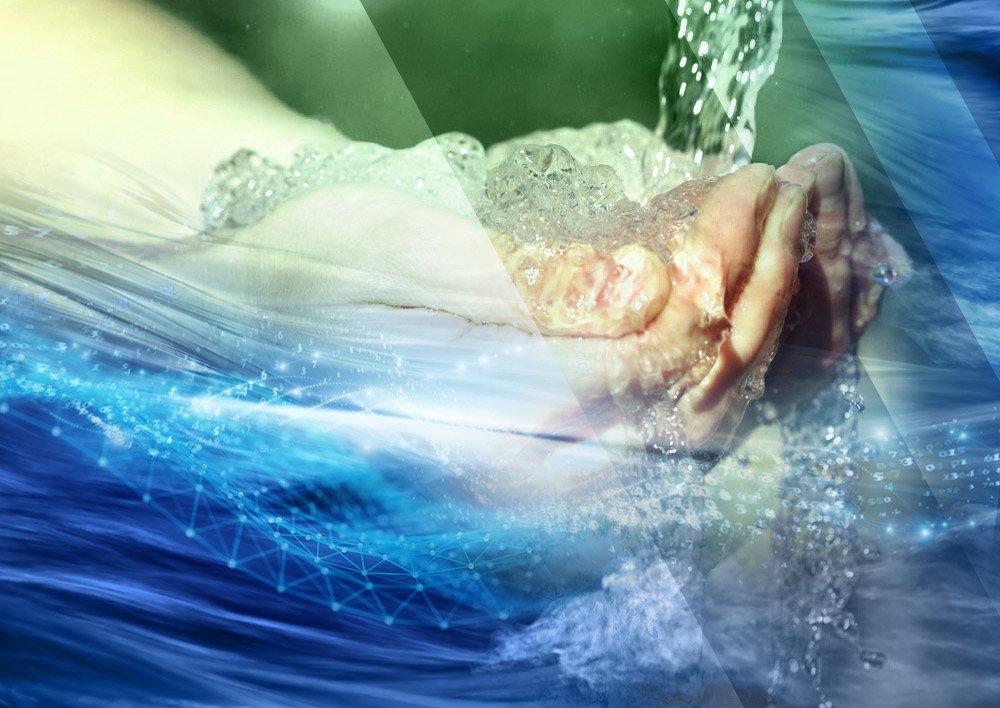 Stream’s Chris Bair and Yvonne Deir share their perspectives on data center water use and how to optimize water and energy consumption across the supply chain.

The year was 1993 and I (Chris) was a new Air Force Lieutenant on my first TDY assignment in Egypt. It was my first morning at a hotel in Giza and I was surprised to hear a vigorous knock at my door. Answering with not a small amount of trepidation (because loud knocks usually meant something was wrong), I found a man with his arms full of bottles of water. He handed me one and said, “Sir! Water is life” then promptly turned heel to share the life-giving resource with the next guest. Indeed, water has been life in Egypt since ancient times, when the Nile River was the single most important driver of the development of one of the most advanced civilizations in the world at its time.

I (Yvonne) didn’t yet have the pleasure of knowing my new colleague Chris, but having grown up in Beirut, Lebanon during the civil war in the 1980s, the value of water was instilled in me from the earliest age. Along with much of my country, we spent more time than anyone should in air-raid shelters, where water was often scarce. Some of my fondest memories were of the adults who took it upon themselves to educate and entertain us children. To keep our spirits high, we were taught literature and poetry. I vividly recall reciting “In one drop of water are found all the secrets of all the oceans, in one aspect of you are found all aspects of existence” by the Lebanese American author Khalil Gibran. And with that saying, I found hope, courage, and the promise of better days. Water indeed is life, as we are all made up of it and nurtured by it, literally and philosophically.

Fast forward several decades and a few thousand miles to another desert where the Yvonne and Chris stories meet – Arizona. Tax incentives, low-cost power and low natural disaster risk, among other factors, have made the Phoenix metro area one of the fastest growing data center markets in the world. Yet in some Phoenix-area municipalities, water has become a point of contention for new data center development projects.

Competing for water in the Arizona desert
In Arizona, 83% of the state is currently facing “severe drought” conditions, according to the U.S. Drought Monitor. In an agreement signed last year, Arizona and the six other Colorado River Basin states agreed to reduce their draws if water supplies in Lake Powell and Lake Mead – already at historic lows – fall below certain levels. Experts predict such restrictions could be triggered this year.

Today, water battles are fought in court, but water scarcity in the desert Southwest is not a new phenomenon. During the range wars of the 19th and early 20th centuries, access to water was one of the primary reasons neighbors went to war with each other. (That’s what inspired Mark Twain to quip, “Whiskey is for drinking – water is for fighting.”)

For the past half century, the Phoenix metro area cities have been very proactive about safeguarding water supplies. The region was one of the earliest to implement widespread water reclamation and reuse projects (all golf courses and large-scale landscaping, for example, must be irrigated with reclaimed wastewater) and to limit groundwater draws. As a result, the Phoenix metro area has been able to grow rapidly while ensuring a sustainable future.

It is the same proactive attitude that has some local officials questioning the wisdom of being home to data centers, which typically use 3-5 million gallons of water per day (as much as a population of 30,000-50,000 people). As one MIT researcher explained it, “In Mesa, Arizona, where I spent six months researching the emergence of a desert data center hub, some politicians are now openly opposing the construction of data centers, framing the centers’ water usage as inessential and irresponsible given resource constraints.”

Why are data center operators just now thinking about water?

From the ancient Egyptians to the Native Americans who built hundreds of miles of sophisticated canals to channel Arizona’s Salt and Verde rivers, desert dwellers have long understood water as an essential resource. So why has it taken this long for water to come to the fore as a sustainability issue for data centers, especially given that energy usage has long been top-of-mind?

The answer is economics. The first interest in data center energy usage – and the first metric for it (PUE) – was driven not by environmental sustainability but cost savings. In contrast, the relatively new focus on data center water usage (and its metric, WUE) is driven by environmental sustainability, not cost savings, since the cost of water is relatively negligible.

Newsha Ajami, director of urban water policy at Stanford’s Woods Institute for the Environment, explained it well: “Water has been historically undervalued as a resource in part because it has been cheap for companies to purchase. While many industries have taken great leaps in reducing their electricity use and carbon footprints, they lag behind in water efficiency throughout their supply chains.”

Another challenge is that water use and energy use in the data center are inextricably linked. The most obvious way to reduce water consumption, for example, is to leverage closed-loop chillers. Those are more energy intensive than evaporative cooling, but evaporative cooling requires more water. Producing energy, of course, requires water too, although renewable energy like solar and wind are much less water intensive than fossil fuels or nuclear.

Because data centers’ water consumption puts pressure on local water supplies, it’s time for designers and operators to consider water usage as seriously as energy usage and take steps to minimize water consumption in resource-constrained locations. Indeed, in Arizona and beyond, many data center operators are looking holistically at water and energy consumption across the entire supply chain, and optimizing resource usage overall based on the unique challenges and opportunities posed by particular locations. That can take the form of using less water to cool the data center, continuing to seek energy efficiency gains, and leveraging less water-intensive energy sources like solar and wind.

Three of the world’s largest data center operators have recently made water sustainability commitments. Google has pledged to be “water-positive” by 2030 – replenishing 120% of the water consumed across its offices and data centers. Gary Demasi, senior director of energy and location operations at Google, explained, “As part of our water stewardship efforts, we’re working to utilize water more efficiently and exploring ways to incorporate circularity. We have a site-specific approach where we work within the constraints of the local hydrological environment to find the best solutions.”

Microsoft has also committed to being water positive by 2030. According to the company’s blog, “We’re tackling our water consumption in two ways: reducing our water use intensity – or the water we use per megawatt of energy used for our operations – and replenishing water in the water-stressed regions we operate. This means that by 2030 Microsoft will replenish more water than it consumes on a global basis.”

Facebook has also committed to being water positive by 2030. Announcing the new goal, Facebook explained, “We will return more water to the environment than we consumed for our global operations. Reaching this ambitious goal will require a combination of water restoration efforts starting in regions that are highly water stressed, as well as technologies to increase water efficiency at our facilities.”

At Stream’s new Phoenix data center, we leverage closed-loop chillers to minimize our water usage. At full build, the campus will support up to 200 MW of critical load in 2 million square feet of data center space, making it the largest hyperscale development in the area. In addition to water sustainability, renewable energy options also abound. Nearly half of the local power utility (APS) energy mix is carbon free. Renewable resources include solar, wind, biomass, biogas, and geothermal power.

Just as water enabled the development of one of the world’s first advanced civilizations, it is an essential resource for the advancement of our digital society. It’s a resource we must acknowledge as finite, and we must safeguard it accordingly – designing and operating data centers to minimize water consumption across the supply chain. 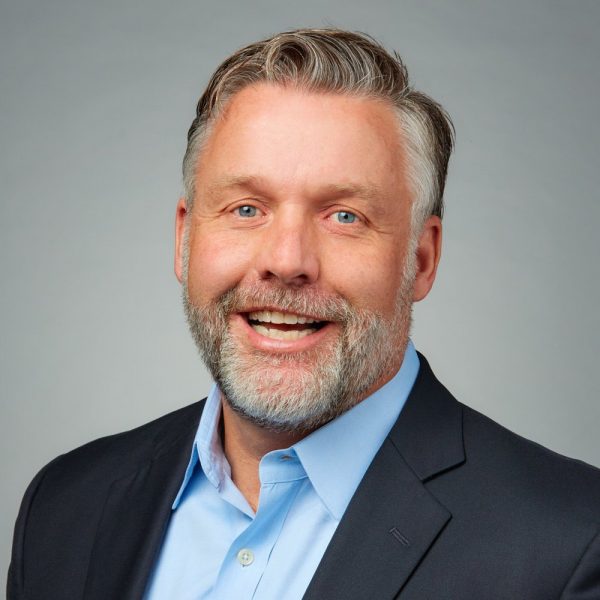 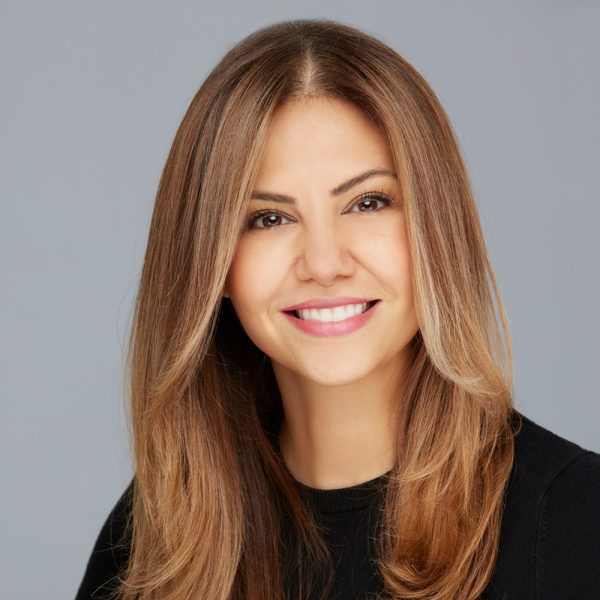